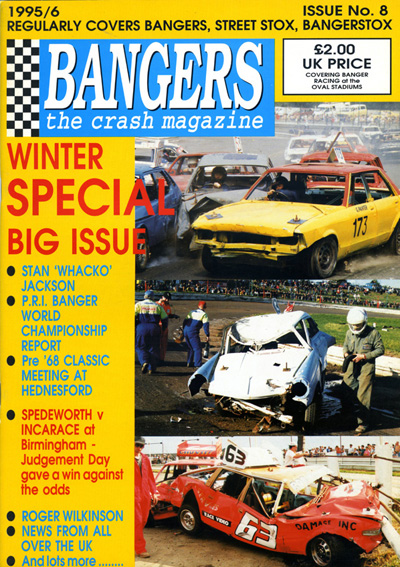 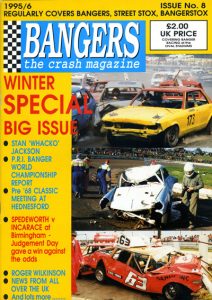 First launched with a pilot issue late in 1993 the plan was to produce 6 issues a season, but it turned out that only4 were published the first couple of  seasons then only 3 per season until 1998, when it ceased publication. In total 20 issues were published.

Initially the magazine was well received by most of the Short Circuit fans, but not so by the hard-core Banger community who already had their fanzines, it was aimed at a slightly different market and sold so well it out-sold Short Circuit on several occasions the first season, but not without its critics, who thought that Short Circuit could not possibly know anything about Banger racing despite many of its writers at that time seeing Banger racing introduced as support to the BriSCA and Hot Rod F1 scene back in the 1960’s.

As Short Circuit was supposed to be about ALL racing on the ovals it was decided to put the Banger racing content back into Short Circuit in 1999, which also got mixed responses, you just can’t please some – ever!

Previous: About this site
Next: Funniest issue of Short Circuit